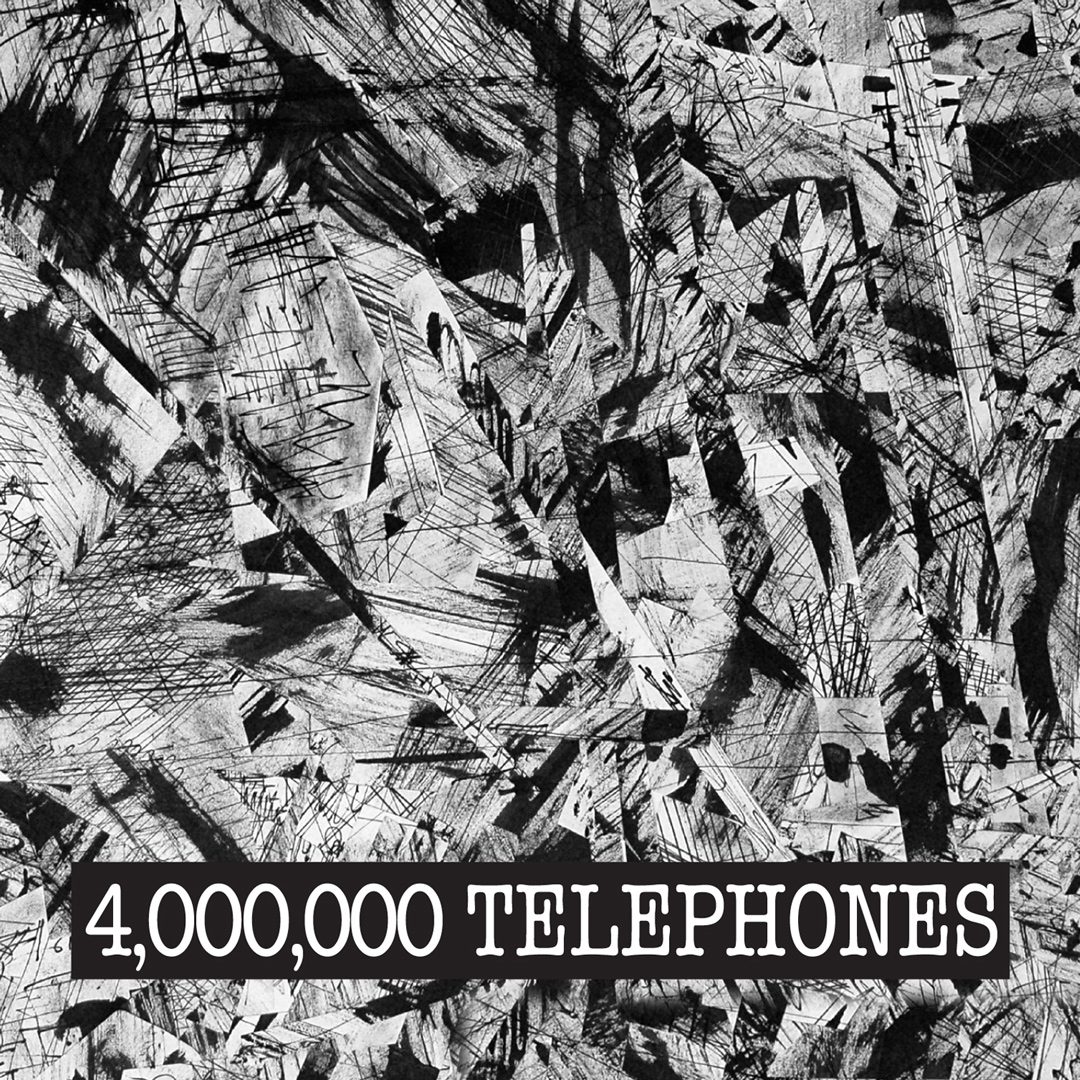 4,000,000 Telephones’ first album, originally released on the band’s own label, has acquired the status of a lost masterpiece. Originally launching the album on the Enterprise Allowance-funded Bunker label, the band signed to Summerhouse Records where they released two singles and a second album. But it was their debut album that defined the Telephones’ characteristic sound and built up a fanatical following for their extraordinary live shows.

Their angry, angsty, half-sung and half-shouted lyrics, spliced snatches of throwaway sounds and insistent brand of hard-edged avant-garde funk were several years ahead of its time, and contemporary comparisons with groups like Chakk, 23 Skidoo and The Fall were always just a bit wide of the mark. Touted in late 1985 in the Melody Maker as one of the bands ‘most likely to’, the Telephones very nearly did, and left behind an intense emotional afterburn in all who experienced their music.