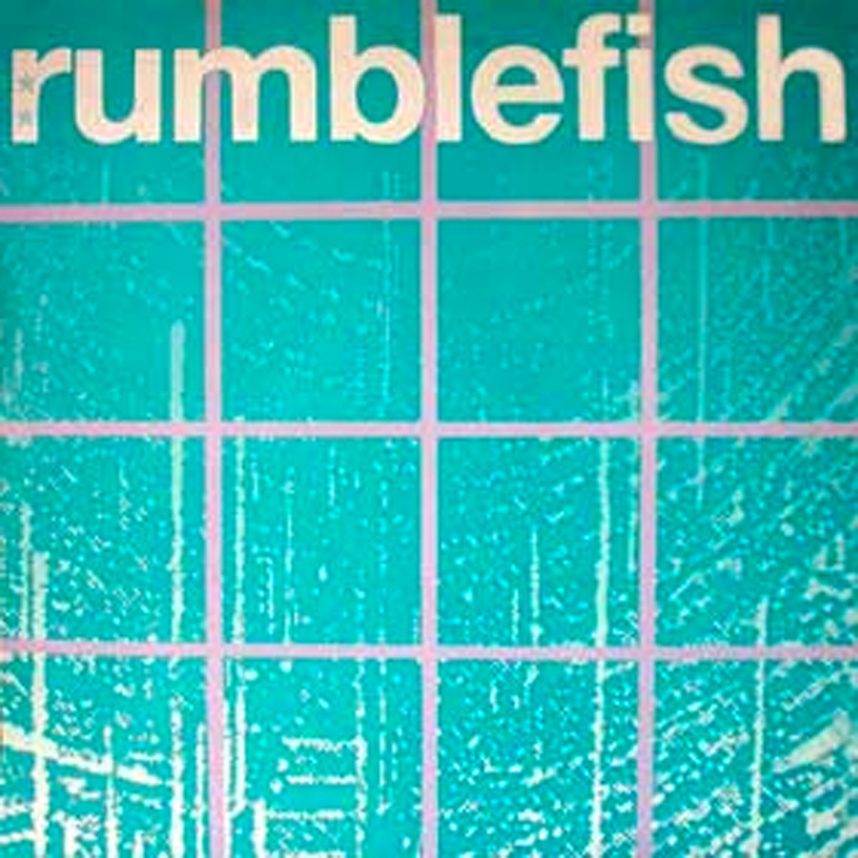 Rumblefish open with a neo-classical horn burst. Then break into the kind of quavering-voiced essence-of-pop not seen since the last One Thousand Violins release.

Naming your group after the greatest film ever made could have been a smart move. Especially if you managed to deliver a song that does a smidge of justice to the moment when Mickey Rourke rolls up on the motor-bike wearing an expression that would melt lead. Rumblefish can’t decide whether to be The Three Johns or The Faith Brothers, though. Not a tough enough boyhood I expect. There is no song quite like Rourke’s entrance but they have four stabs at it. That brass sounds like it has gargled too much weak lager for its own good. Is something breathing in there?

Only their second single, but already Rumblefish are proving themselves to be expert purveyors of short, sharp and perfectly-formed pop, distinguished by its catchy melodies and rousing arrangements.

My first thought was quite silly: this could be a Kevin Rowland project from between the Killjoys (great punk band) and Dexy’s Midnight Runners. There’s some folk/sould influences here that were in Dexys, too. Also Rumblefish reminds some post-Hitchcock UK psych bands, like, say, Sheriff Jack. The band boss is former member of Gerry & Terry, whose single I remember liking pretty much, others came from the Nightingales, Fuzzbox and Capitols. But Matt Dillon really stank in the move, didn’t he?!