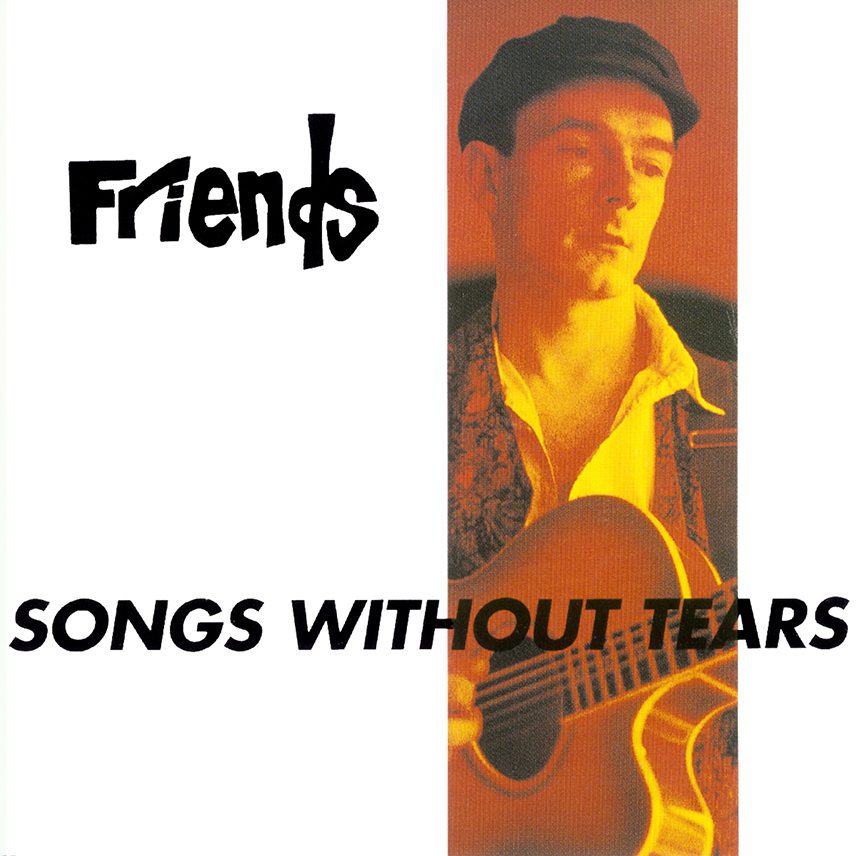 Two years ago I recommended Friends’ “Roads Leading Everywhere” to lovers of Pale Fountains and Sarah-style winsome jangly pop, hinting quite strongly that some of the heaviest and most profoundly moving records ever made have been played on spindly acoustic guitars by thin white middle-class undergraduates with fey, faraway voices.

But, after a few spins of “Songs Without Tears”, I don’t feel quite so generously disposed towards this Cleveland outfit. For one thing, in the (dazzling) light of the likes of Slowdive, these kind of mournful bedsit ruminations on the nature of existence sound rather bare without the now de rigueur sheet of snow-white noise. For another, “…Tears” rarely rivals, say, The Field Mice for sheer commitment to student union coffee bar ennui.

Simply, Friends just don’t seem depressed enough any more. In places (“Live For The Day”, “Side By Side”) they sound all jaunty and perky, which, as any expert knows, are the sort of tempos that would induce homicidal loathing in a priest. On “My Only Chance” Keith Peberdy decides to introduce a rockabilly bassline and things go seriously awry. And “Don’t Need It Any More” isn’t the only offender here to teeter on that dangerously skinny line between Teardrops blare and Inspirals screech.

The blue-mood strum and wispy-girly vocals of “Fadeaway” offer some recompense, but of course by now it’s too late and I’m reaching for the hammer. Friends? Bastards.

Number 436 in the series of criminally overlooked bands are sprightly County Durham outfit Friends. Admittedly, there are moments when singer/songwriter William Jones’ shameless “Hello birds, hello sky” optimism errs on the sickly side, but fans of Rickenbacker-led pop melodies may find this LP an antidote to the introverted wah-wah nonsense currently regarded as ‘top’ listening.

An album’s worth of romantic balladeering from William Jones and his Friends. After the manic nature of much of this month’s review material, this release is invitingly fresh and relaxed. Very similar in feel to the Pale Fountains or The Lightning Seeds, even Prefab Sprout, that sort of area anyway. Sometimes, it must be said, the lead vocal doesn’t quite sustain the song, and a little bit of oomph wouldn’t go amiss in places. Otherwise, there are a number of ditties here which will repay repeated listening if you give them time.