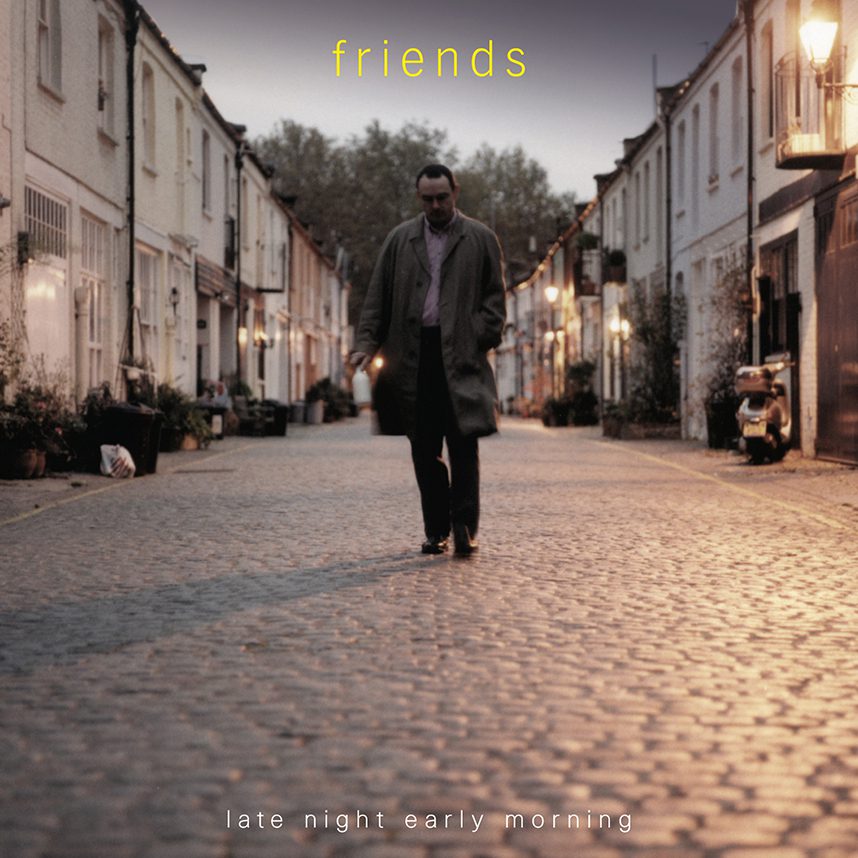 Survivors of many an underground release, Friends suffer from having a name associated with a shite sit-com. The only way to overcome this has been to have released a succession of pretty fantastic albums, and ‘Late Night Early Morning’ is just one of those.

Those au fait with the Friends sound should be in no doubt that this is yet more fantastic, very English, indie pop. All the way from the twisting, turning ‘The River Flows’, through the glacial, summery ‘Some Of The Things’ – which might just be the sweetest love song ever written and makes me a bit goose-bumpy, all the way through to the three minute warning of ‘Dark Side’, which is a glorious thrash, with those ever so catchy descending chords. My, that was a long sentence.

The fact of the matter remains, that if you want to listen to one of the best, intelligent indie pop bands since Kitchens of Distinction buggered off, then you should worship at the temple of Friends. They’ll never be as annoying as six twats in a New York flat.

When I interviewed Friends frontman William Jones for the Pennyblackmusic Magazine last year he told me that he and Martin Parker were working on a new album, and now it’s finally here! ‘Late Night Early Morning’ is the eighth full-length offering from this duo, and it follows very much in the same footsteps as their last album, ‘Beautiful You’.

The opening track, ‘After All’, is a great upbeat pop song that would have fitted perfectly on any of the ‘Sound Of Leamington Spa’-compilations that Berlin-based Firestation label is releasing, and the same can be said about the following song, ‘The River Flows’. All in all, this is a very good album, with ‘Till I Met You’ being the odd track out, a great pop song featuring a very jazzy touch of brass. It sounds kind of strange, but after a while you get used to it, and notice that it’s another enjoyable song.

As usual with me, I tend to like the uptempo songs better than the slower ones, and that is the case here too. This said, there’s certainly nothing wrong with the slow ones!

If you have read my previous reviews of ‘Beautiful You’ and also ‘Best of Friends’, the great compilation that was released last year, maybe you remember me talking a lot about the production, and that it was too slick and radio friendly. Well, even though I have changed my mind a bit when it comes to that, I still get that feeling when I listen to this record too. But a good pop song is always a good pop song!

The band is currently planning a tour of Europe, so be sure to catch them if you can!