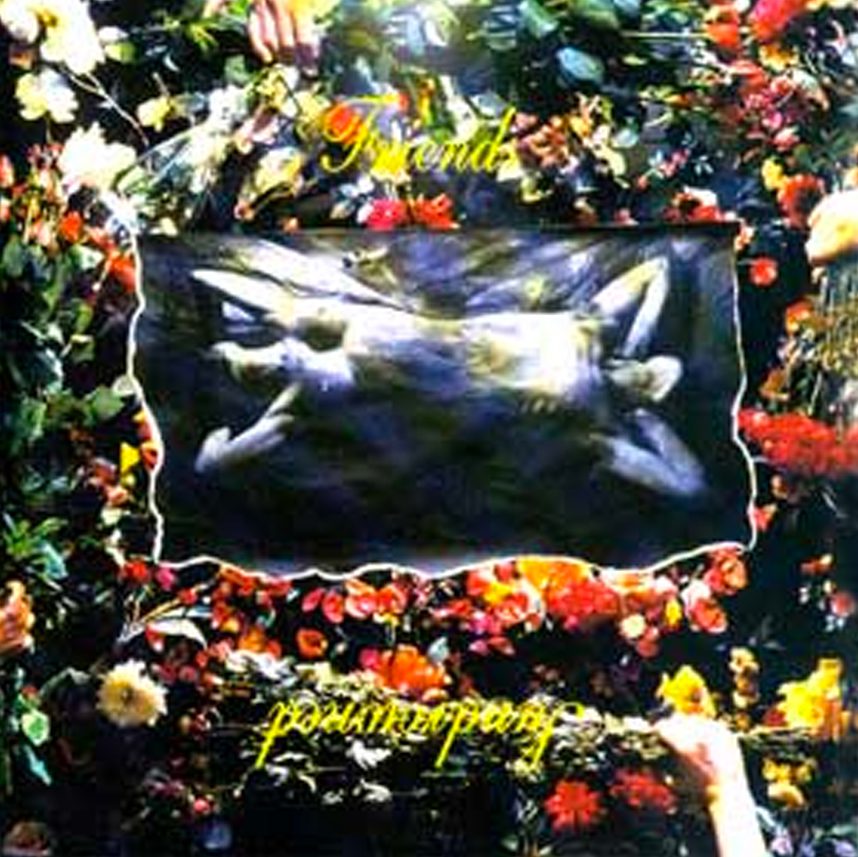 Friends’ fifth album is stylistically the widest-ranging of the band’s output, and takes the sound of Bluishness to another level again. From the out-and-out pop of Foreign Money and pastoral nostalgia of Straw Hat to the sheer wall of noise that is Get Together and the one-minute burst of religious euphoria of Santo Spirito, Sundrowned features Friends mainstays William Jones and Martin Parker with a glittering array of extra Friends, including brass section and string quartet.

The album includes a couple of more acoustic numbers of the type that feature heavily on the following Folk Songs album. With plenty to attract those who love early Friends, Sundrowned sees the band broadening its range while retaining its highly characteristic vocal and lyrical style, and guitar and trumpet-dominated sound.