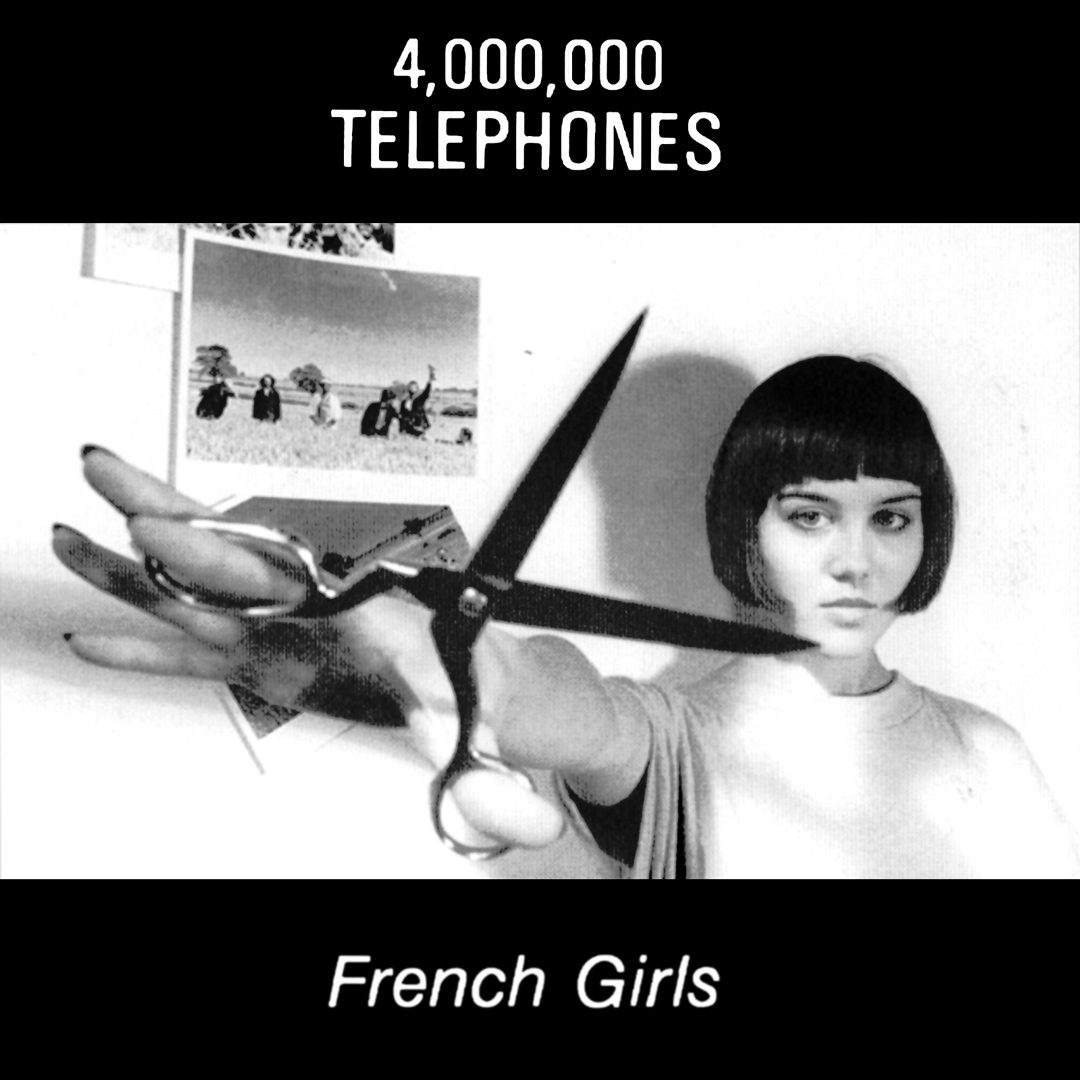 4,000,000 Telephones corral a whole herd of avant-funk/23 Skidoo/Chakk type itchy shapes and try to cram them into some sort of pop corset. No one’s managed that yet, and we shouldn’t hold their failure against them. Unsatisfying, but contains a lot of interesting loose ends. Quite listenable.

Individual-sounding pop-funk featuring a recognisable tune, acoustic guitar and vibes. Bit of a non-vocal, but otherwise a cut above its indie surroundings.

The B-side, ‘Ice Box’, reminds listener of hideous wacky bespectacled Covent Garden busker combos with saxophones, green DMs and feathercuts. Hopefully this is unintentional and deeply regretted by the perpetrators. If so, 4,000,000 Telephones may actually be worth keeping an eye on.

I’ve fought the Telephone’s corner before, against early Talking Heads/Fall put-downs. But I must say that ‘French Girls’ is a lovable brew of weird jazz with wacky lyrics. Good show, those chaps.

4,000,000 Telephones (1 Dorset St, Lincoln, LN2 5NS) have released their own single (French Girls) so perhaps they deserve more than a review on this page. Their music is danceable in a rather frantic way, and you get the impression there are several hundred people in the group such is the feverish height of activity on their recordings. A bit on the arty-side (so what’s wrong with that?) but professional and determined nevertheless, so international fame and success is probably just around the corner.