La Porta Nuova were formed in June 2021 by William Jones, the former Friends singer, songwriter and guitarist. The band are: William Jones (voice, guitar), Ivano Gruarin (guitar), Francesco Vecchia (bass) and Alex Bonacci (drums). La Porta Nuova are based in Turin, north Italy. The name is a reference to a new door or gateway, particularly for songwriter William Jones after 35 years with his first band. Coincidentally Porta Nuova is also the name of the main railway station in Turin. The band’s new single, Elisa, is the first in a series of four-track, digital-only singles. The musical approach should be recognisable to fans of the old band Friends, but new musicians and a different way of working lend a different feeling to the arrangements and style of playing. 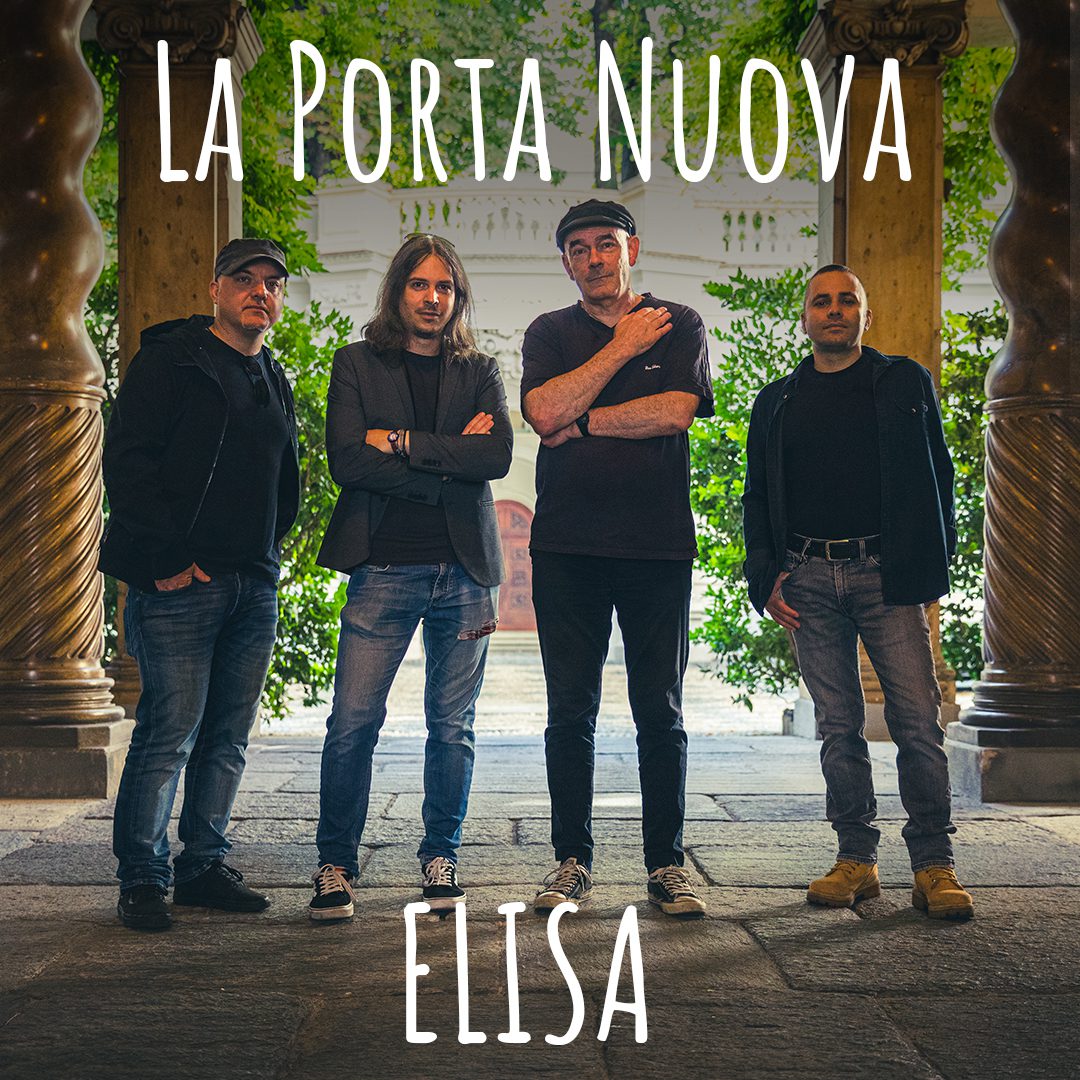 Elisa is the first single by La Porta Nuova. The four-song set begins with the song Elisa which, uniquely on the single, has a mixture of English and Italian lyrics. Come Back is a rock song in the mode of the ‘gothic’ side of William Jones’ old band Friends, and is about an obsessive, controlling man who loses the other person in his life. The Party’s Over is about a typical Saturday-night event, but many of the lines in the lyrics allude to the effects on the environment of our having a good time and ignoring the warning signs. Going Under was inspired by the attempted staged disappearance of a British politician in the 1970s, transposed to the situation of a young man who loses his business and home and decides to vanish. Near the end it includes a lyrical and musical reference to Friends’ most popular song, You’ll Never See That Summertime Again.